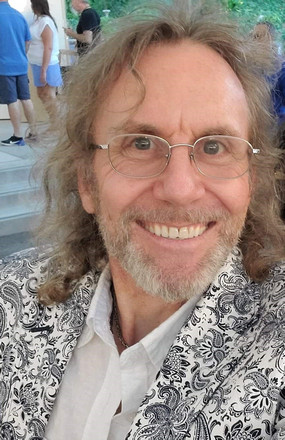 In mid-2013, I decided to break loose from the bonds of the automatic camera mode as to allow myself the freedom to control what I create from what I viewed of the world through the lens of my camera - the creative freedom to fully express my artistic visions and to "speak" through my images.

Being an Aspie, I have challenges with my social & communication skills so my camera is my "voice" and where I am most comfortable...a means for me to share the beauty of the world around me and those within it.

After retirement in July 2016; after nearly 30 years of a career that was my "life", I set forth on my photographic journey to capture such images to evoke emotions, cause reflective thought, and to cause one to gasp from the sheer "depth" of what I create; for this is the photographer I aspire to be and anything less, for me, will not be acceptable.

What actress/artist Kate Kelton had to say when introducing him as her guest feature artist at her LA solo show, Indomitable:

"An award-winning, published photographer passionate about travel, (as well as animal rescue, rodeo, scuba, cooking, children’s charities & writing,) Freddie B's Asperger's helps provide a special POV to focus on the world he once fought daily to defend and protect, (as a marine, and, a now-retired police officer.)

Being an Aspie, his camera becomes his "voice" and where he is most comfortable sharing the beauty of the world around him, and those within it. Allowing himself the freedom to create through the lens of his camera gives Freddie the ability to fully express his vision and to "speak" through his stunning, oft-haunting images.