When Specialneeds.com correspondent Robin Flutterby Borakove; someone I recently met at a photoshoot, asked me in early 2015 if I wanted to join her to cover the Special Olympic World Games as a media photographer for Specialneeds.com, I did not take but half a second to say, “YES!” I knew I wanted to be a part of and contribute to what was to come because my own life had been, and still was being impacted by the same “special gifts” as some of those that would be competing in the games; both my adult son Joshua and I have Asperger’s Syndrome. But little did I know that my simple “yes” would propel me into something so momentous and life-altering that it would forever impact my life in a profound way and leave me with so many memories and experiences to reminisce over for years to come.

I initially started out assisting Robin in promoting the Special Olympic World Games via a Circle of Inclusion campaign. We would respond to a variety of locations throughout Southern California where Robin would share the news of the upcoming World Games and I would take photos of people in the “Circle of Inclusion” [a cloth circle containing a variety of colors that represented the colors from the various flags of the numerous participating countries] to show their support for the athletes. Our goal was to achieve 5,000 Circle of Inclusion photos in support of the Special Olympic World Games athletes. Not only did I drive two hours one way nearly every weekend for over two months to join Robin in the pursuit of this goal, I photographed family, friends, neighbors, and even took my “Circle of Inclusion” on a short vacation with me to the Northwest where I took several hundred more photos, including of the flight attendants and pilots of the flights I took, the car rental agents, and the family members I visited and their co-workers and neighbors. I was determined to meet this goal of 5,000 images and even “dragged” my girlfriend Christina LaScala into our campaign, which eventually led to her becoming our valuable assistant before she even realized it: we became “Team Aspie + C”. Our campaign continued into the week before the start of the games where I attended several Law Enforcement Torch Runs to continue our goal of 5,000 Circle of Inclusion photos; my weekend long drive then became a daily task. Even though I managed to gather several hundred more photos by the start of the games, we fell short of 5,000 Circle of Inclusion photos but it was not for a lack of trying; to date I had taken over 1200 Circle of Inclusion photos at the cost of countless hours of organizing, filing, and uploading them for sharing on Specialneeds.com and in an album I created on my Facebook photography page especially for the Circle of Inclusion photos I took.

Now that the first stage of my involvement with the games was over; the Circle of Inclusion campaign, I only had a “moment” to contemplate my leap into what I learned was reportedly going to be the largest humanitarian event in Los Angeles since 1984 with nearly 200 participating countries and over 5,000 athletes. At the thought of this, I became overwhelmed, excited, awed, humbled and a host of other emotions that flooded my mind on the days before the start of the games. I asked myself why me, a photographer who was still fairly new to the professional world of photography with little contacts and not widely known, was blessed with this once in a lifetime opportunity to cover an event of such magnitude as a media photographer for Specialneeds.com when so many others I felt more qualified coveted the position. I felt the overpowering obligation and the responsibility to fulfill this role the best that I could and to not disappoint those that entrusted me with it; I did not want to let anyone down nor to have them wish they would have chosen another photographer for the task at hand. I realized then was no turning back from the magnitude of what was to come.

I knew the games and surrounding events would present me the rare opportunity to capture and share the very essence of life: joy, triumph, happiness, and a host of other emotional images to touch one’s very soul -- one of my main aspirations along my photographic journey in creating images that stirs one’s soul and evokes emotions from deep within. I also welcomed the opportunity to contribute and to be a part of something so close to my heart and soul, insofar, that I carried a photograph of my Aspie son Joshua around my neck next to my World Games media credentials throughout the nine days of the World Games, sharing his “photographic” presence with those around me.
And so it began, at a “running start” on the first day -- the opening ceremonies. I remember walking into the Los Angeles Memorial Coliseum feeling nervous and anxious among the masses of people, but once I found my spot on the coliseum floor among my fellow media, I settled into my comforting role of “photographer” and shot for over 5 hours non-stop; I got “lost” in my pursuit of photographically capturing all that was to be seen, felt, and experienced. By the end of the evening, I found myself physically exhausted and emotionally overwhelmed from experiencing, and being able to photograph, such a historic and wonderful event -- I broke down in tears when the full impact of the evening “hit me” after stepping out of my “photographer” mode. I felt truly blessed beyond words.

Over the next nine long days from early morning to sundown, Robin and I attended a minimum of several events a day where I would spend my time capturing visions of triumph, determination, exertion, glee, and much more in the effort to share and preserve all that was to be shared. Then every evening, I would sift through hundreds of images to choose a few of the best to post-process and compliment the articles Robin would write of the day’s events, to be published on the Specialneeds.com. This was quite the difficult task because, as another photographer name Kansas Johnson so correctly stated to us recently, trying to choose your favorite image was like trying to pick your favorite child. I painstakingly managed to accomplish the task every evening, being left with regret I could not share more; I so much yearned to display my images from the day in an effort to share in what I saw, felt, and experienced to the very depths of my emotions. This daily task of mine continued throughout the remainder of the games, with very little sleep and barely any time to eat, in my effort to present the most precious, heart-warming, and memorable images to be shared with all those that would look upon them. On occasion, I would have to take a pause in my photography of the events because my emotions would momentarily get the best of me; the sheer willpower, courage, and unadulterated joy of the athletes I witnessed not only caused this to happen deep within me, but caused my eyes to “leak”, temporarily preventing me from looking through my viewfinder. This was a constant “problem” for me throughout the games but one I do not regret or make excuses for.

I finished covering the Special Olympic World Games mentally, physically, and emotionally exhausted but with such a deep sense of gratitude for having the opportunity to do so. Upon reflection of what, and to whom, helped me and led me to this point, I thought about many things and many people. I thought about the thousands of dollars I spent over the previous years on my photography equipment, workshops, and education as an investment in my photography future as to assist me in creating images from what I saw of the world and of those around me. I thought about the numerous hours spent discouraging over the images I saw come out of my camera as compared to the “vision” of what I wanted, what I “needed”, my camera to produce. After much soul-searching, and more times of self-doubt than I care to admit, I come to realize my “vision” was there and that is was just my technically skills and lack of experience that needed work and would take time to improve. If there was ever a single event to put a photographer such as me to the test and to help him gain such experience, the Special Olympic World Games was it…I evolved into a media photographer virtually “overnight” via what comes to mind as a “Trial by Fire.”


But aside from all else and more importantly, I would not have had the honor, privilege, and blessing to have covered the Special Olympic World Games LA2015 for Specialneeds.com without the support, love, and assistance…and most importantly, patience for an Aspie like me, from many people in my life, both past and present. From dear family and friends to those people I met along the way who offered advice and guidance, to those who expressed “belief in me” in what I so much desired for myself as a photographer, and to those who had a direct impact or some influence in my involvement in the World Games.

reposted from Specialneeds.com. Click on the link to read the rest of my article this is from: http://www.specialneeds.com/children-and-parents/general-special-needs/aspie-photographer-special-olympic-world-g 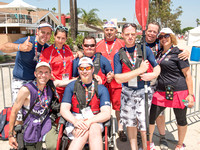 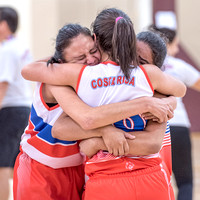 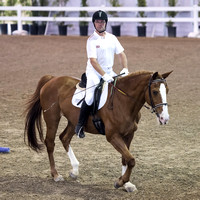