HISTORY:
In June 1962, Eunice Kennedy Shriver started a day camp for children with intellectual disabilities at her home in Potomac, Maryland.[5] She started this camp because she was concerned about children with intellectual disabilities having nowhere to play. Using Camp Shriver as an example, Eunice Kennedy Shriver, who was head of the Joseph P. Kennedy, Jr. Foundation and part of President John F. Kennedy's Panel on Mental Retardation, promoted the concept of involvement in physical activity and other opportunities for people with intellectual disabilities. Camp Shriver became an annual event, and the Kennedy Foundation (of which Eunice was executive vice president) gave grants to universities, recreation departments and community centers to hold similar camps.

The Special Olympics logo has gone through several changes in its lifetime. The "stick figure" is an abstract but humanistic form designed to convey the impression of movement and activity. The logo is a symbol of growth, confidence and joy among children and adults with disabilities who are learning coordination, mastering skills, participating in competitions and preparing themselves for richer, more productive lives. The spherical appearance of the logo is a representation of Special Olympics' global outreach. 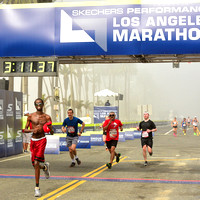 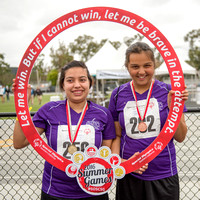 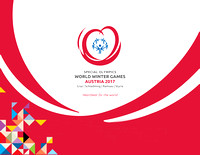