Thank you for your patience while we retrieve your images.

On March 23rd, the floor hockey competition between the El Cajon Gulls of Team USA Southern California and the athletes of Team Morocco was filled with "on-the-edge-of-your-seat" toe to toe competition. Team USA pushed themselves to the limit in defending their goal, and in their attempts to score a point for their team. I watched as Team Morocco met Team USA every step of the way, then return with their own valiant efforts to make the win. Every athlete I watched seemed to play as if the World Cup was at stake and every athlete played with what I will describe as tenacity of will. But what I never saw, was any display of poor teamanship or animosity of any form towards their opponents - this I can honestly say I have yet to personally
Even though Team Morocco emerged as the victors in this event, it did not come easy as Team USA matched them at every turn...at every goal...with both teams radiating all the passion and spirit anyone could ever ask for; something I wish was more prevalent in today's society, and this in essence, makes them both winners. 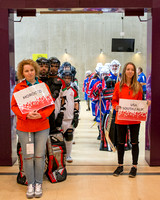 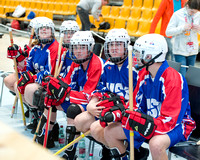